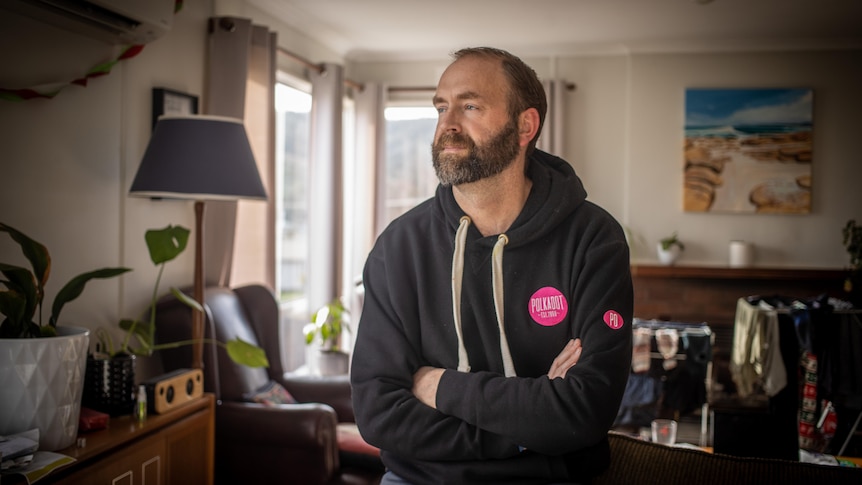 While some Australians may rejoice at the idea of ​​a drop in house prices, interest rate rises mean home owners face the prospect of their asset dropping in value at the same time their mortgage repayments steadily increase.

And those who bought recently, at the peak of the market, are more likely to have the most left to pay off on their loans, meaning interest rate rises will cause them the most pain.

Bobby Graham bought a house in January in Hobart’s outer suburbs for slightly more than he had hoped to pay, after saving for the past five years.

Just months before his purchase completed, as late as October, the Reserve Bank of Australia was still saying it expected interest rates would not rise until 2024.

There have now been three months of straight rate rises, and another due today.

While he is not struggling to meet payments, Mr Graham says the changing circumstances have meant he needed to adjust something else — his expectations.

He has had to make tweaks to his lifestyle and reassess his living expenses.

“It’s the perfect storm — you pay the higher price because you bought at the peak of the market then there is an increase in interest rates,” he said.

“And it becomes obvious that everything else is becoming more expensive due to inflation.”

He described the increases in his mortgage repayments as “a bit of a kick”.

As part of his changes he has had to cancel several interstate trips planned for this year in a bid to save money and meet home and mortgage commitments.

“You pay so much of your income, just to maintain your house,” he said.

His advice to others in his situation is to take a thorough look at the household budget and adjust expectations.

According to figures released on Monday by property analysis firm CoreLogic, median house prices in most capital cities are falling at a steady rate — and are expected to continue the trend.

In Hobart, there was a 1.5 per cent drop in house and unit prices in the past month, in line with similar falls in Sydney and Melbourne.

CoreLogic compares the downswing to the same drop experienced during the Global Financial Crisis in 2008 and the 1980s recession.

The Reserve Bank (RBA) is acting to stem inflation by increasing the cash rate, which in turn is being passed onto consumers via higher mortgage rates.

The RBA is expected to lift the rate again when it meets today.

The head of research at CoreLogic, Eliza Owen, warns potential home buyers while they may feel like they are buying a house at a discounted price, the reality of interest rate increases will see more spent on repayments.

“The interest you pay on the debt you take out will be more,” she said.

“With interest rates rising, and property prices decreasing, it’s going to cause a big problem,” she said.

“People should rationalize their spending such as personal loans and credit cards and look at options to cut other payments down,” she said.

She said people who were struggling could also call the National Debt Helpline on 1800 007 007.

Set the ABC News website or the app to “Tasmanian Top Stories” from either the homepage or the settings menu in the app to continue getting the same national news but with a sprinkle of more relevant state stories.

Here’s a taste of the latest stories from Tasmania: